This summer marks the 40th anniversary of the St. Mary’s County Summerstock Theater Program. With financial assistance from St. Mary’s Art Council and generous donors, the company has provided musical theater opportunities for under-21s every summer since 1971. Their first production in 1971 was “Gypsy,” and they have since produces a wide variety of shows. Everything from “Grease” to “Les Miserables” and more has been enjoyed by the Southern Maryland theater community since the program’s original conception.

Originally written in 1986, with book by John Caird and music by Stephen Schwartz, “Children of Eden” is inspired by biblical creation and flood stories. The Judeo-Christian God in this version is portrayed as a lonely father who decides to create mankind out of his desire to have children. He continually tries to mend his relationship with them, only to have them drift away each time. While the musical strays quite far from its source material, its humanistic perspective on the human condition and free will is a must watch. This musical features a slew of catchy songs, filled with fun lyrics that help make the overall narrative easy to digest.

The cast of Summerstock’s latest production ‘Children of Eden’. Photo by Lori Ludlow.

This year, P Wade Thompson directs his new production of the beloved musical. In her non-theater life, Thompson works at Hollywood United Methodist Church and is a certified health coach. On the theater side, he is assistant artistic director of the Newtowne Players (NTP), another theater company in southern Maryland.

Can you tell us a bit about yourself and your theatrical journey?

This is my 12th show as manager of Summerstock, but not a sequel. My first three were in the mid-90s, then I moved to Kansas City. I moved back to the county in 2008 and have run Summerstock since 2014. I’m also involved with NTP and run their next mainline show, “A Nightmare on Broadway”, which opens in September.

What drew you to this particular show when deciding which musical to direct for Summerstock?

I’ve suggested “Children of Eden” every year I’ve directed. I saw the world premiere of the show in London in 1991 and my college did the third production of the show in October 1992. Stephen Schwartz came and worked on the show with us. I was assistant director and I played Abel. Since then, it’s been one of my favorite shows. It’s a fantastic ensemble show with opportunities for every cast member to shine.

What were your favorite moments of making this production?

To finally see a dream of nearly thirty years come true. Volunteers came together to build our amazing set, which is the Alpha and Omega symbols, and create and collect our costumes and props. Finally, our incredibly talented cast of young locals are invested in this great show.

Which scene(s) do you hope the audience will enjoy the most and why?

Themes of parent-child relationships and reconciliation are recurring throughout the show. I hope audiences see themselves in the characters and learn and remember – as the last issue says – “Our hands can choose to drop the knife, our hearts can choose to stop the hate, for every moment of our life is the beginning.”

What advice would you give to aspiring young actors hoping to be in a production like this in the future?

Get involved in school shows and choirs, sing in church and wherever you can. Take dance lessons and learn to play an instrument, or none of that. We chose seasoned artists and beginners. Be brave enough to come to the auditions, give your all and see what happens. 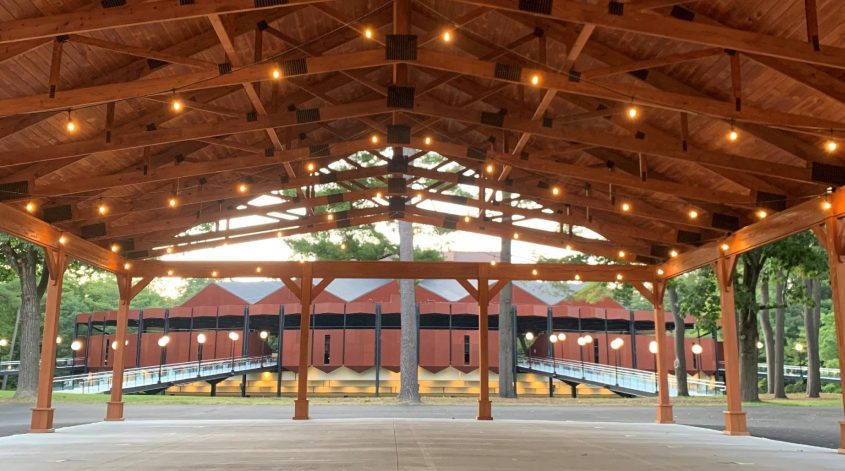