Tiana Kaye Blair was unfamiliar with Studs Terkel’s oral history in 1974 Job or the Broadway musical he inspired. But when the Dallas Theater Center offered her the opportunity to direct the show, the Dallas native found she easily identified with its themes of thankless work and moving characters.

When she was growing up, Blair’s father was an HVAC installer and civil rights activist who sometimes faced harassment from the police. She remembers sitting on his shoulders during the protests. Her mother worked for the Dallas School District and is now at Garland ISD.

“My entry point Job were my parents, ”Blair said in a phone interview between rehearsals. “I come from a blue collar family, so a lot of things on the show seemed familiar to me, like posterity being important. We didn’t grow up that much. I was told early on that I had to go to the college to get a good job and be who I wanted to be.

From housewives to prostitutes, miners to stonemasons, Terkel interviewed dozens of ordinary people, mostly working in low-profile jobs. Stephen Schwartz (Mean, Reinette apple) and Nina Faso (Divine spell) adapted the non-fictional classic into a musical, with a lot of help.

Job opened in Chicago in 1977 and moved to Broadway a year later. It was not a success, appearing in only 36 performances despite a cast that included Patti LuPone and Joe Mantegna. It has since been produced regionally, Off-Broadway and internationally.

“It can be a tough show,” says Blair, who has been with the Dallas Theater Center Acting Company since 2016, “because audiences are used to a linear plot. For me, the common thread is the community, the American tapestry You meet a new person every 10 minutes.

Her favorite is Maggie Holmes, the character who sings Grant’s “Cleanin ‘Women,” describing how housework has been passed down from generation to generation as the only option, a cycle Holmes hopes will be broken by her daughter:

They worked six days a week, all day

Never been able to get out of debt.

Those were the days when minimum wage was all you could get!

They were cleaning faceless women

Come and go based on the first name.

You talk to someone who knows … and after too many years … Lord!

I don’t want to be in another laundry room anymore;

I don’t want to pick up another broom now,

One of these days, I just wanna sleep until noon!

Coincidentally, Blair’s decisive role at the Theater Center, even before she graduated from Southern Methodist University, was as a maid in The top of the mountain, a two-handed game in which his character befriends Martin Luther King Jr. the day before his assassination.

“It’s a meaty role,” says Blair. “The character is so robust, complicated and expressive, a black woman that we don’t see often. I was new and I was nervous. I was able to explore parts of myself for the first time on stage.

Growing up in the Black Church, Blair can’t remember a time when she wasn’t singing. At 13, she created a dance team in her college and started choreography. At Townview, the Dallas public high school for the gifted and talented, she was a member of the drill crew. She thought she would become a dancer.

“The show is deeply rooted in black culture,” says Blair. “I’ve been singing ever since I reached the height of a goat’s knees.”

At Prairie View A&M, she caught the comedy bug. Her final year, she decided to take it seriously and applied for the graduate theater program at SMU.

She was seen at the Theater Center in Hair, Dream girls, A Christmas Carol, Winter tale, Twelfth Night, Penny candy, Steel magnolia trees and In the heights. She is also in demand as a director. Last season, Second Thought Theater hired her to direct Mlima’s tale, which opened and then closed amid the pandemic, and she is still expected to lead for the company this year.

Meanwhile, Job is the Theater Center’s first fully live production since the Actors Union began to ease restrictions on member theaters. The show, which opened on Wednesday and will run until July 18, is performed outside in the Arts District on the Strauss Square stage.

The show reminds Blair of where she came from and how a powerfully sung song can make a difference. “It’s not about closing your eyes and singing beautifully,” she says. “It’s about making something move, something to change around you.” 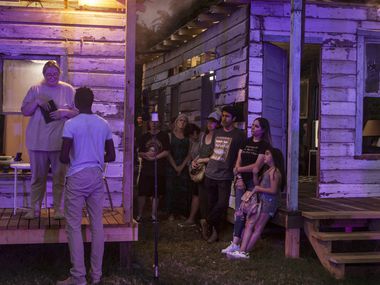 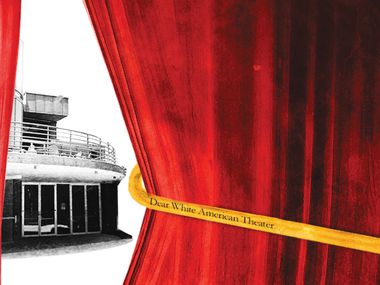 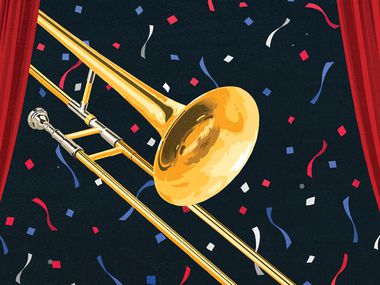 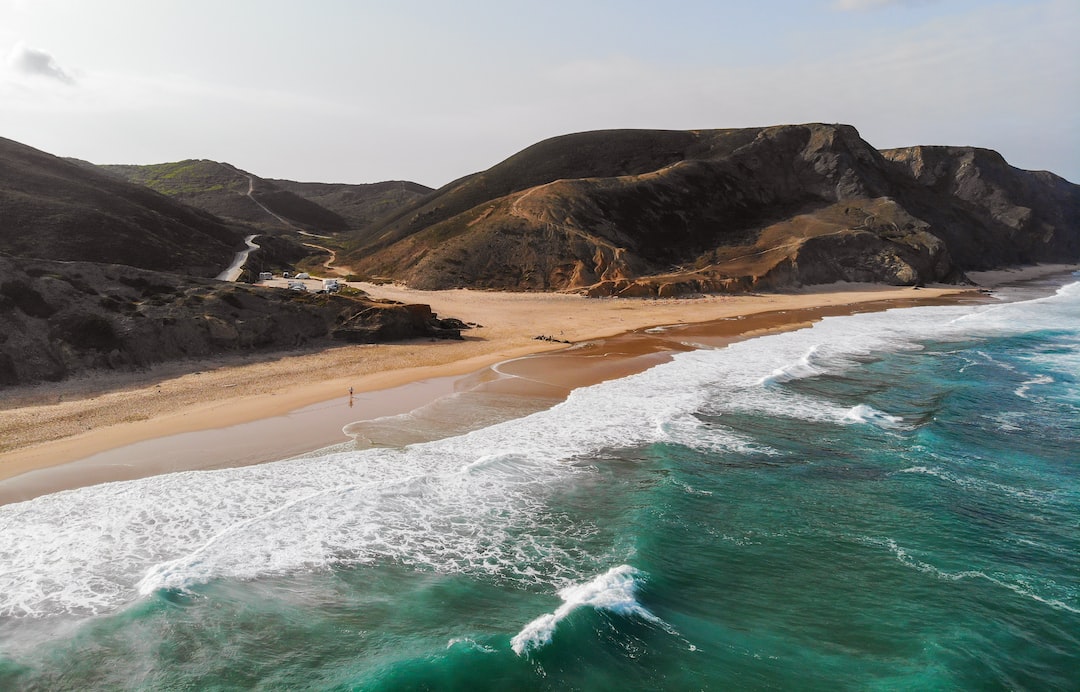